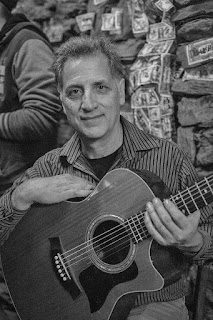 Jim lives in California’s Sierra Nevada foothills and is a full time performer and songwriter. Born and raised in West Virginia, his acoustic style reflects his Appalachian roots, with uplifting, poetic lyrics and melodies influenced by folk, bluegrass and country.

The songs include descriptions of the natural beauty of the world, often inspired by the West Virginia hills and the Sierra Nevada Mountains, The writing touches on life, people, society, and spirituality, with a viewpoint of humor, optimism and hope.

Jim served six years in the Marine Corps, followed by a career in physics and aerospace. His influences include Woody Guthrie, Bob Dylan, Joni Mitchell, Butch Hancock and John Denver.

Jim was the opening performer at the Brookdale Bluegrass Festival in August, 2021.
Older Post Home

Listen to Jim on Apple Music

Listen to Jim on Pandora

Click an album cover to hear a 30 second preview, or click the button to play the album on Spotify!